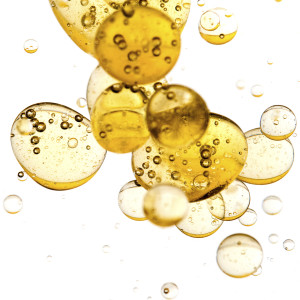 FOG. No, we are not yelling about low hanging clouds that make it hard to see some mornings. FOG is an acronym that stands for the Fats, Oil, and Grease. Sometimes referred to as FOGS, which amends Solids to the end of the trio, these items are produced with any successful day in the kitchen of a restaurant or home and will find their way down the pipes to take up residence in the pipes below. These can form clogs, which in turn can cause water back up and flood your kitchen.

What Does FOG Do?

No one likes fat, oil, or grease—and this is part of the problem. People do not consume the big three when they are on their plate, which then sends them down the drain. Unfortunately, just as fat, oil, and grease clog our arteries, they also clog our pipes. Pouring enough FOG down the drain reduces sewer pipe capacity and constricts flow of waste water. This then slows the drains down and can lead to complete pipe blockages. Once one end is blocked the sewage will look for anyway out, which can lead to many restaurants being flooded in sewage—an idea most restaurant owners are not exactly thrilled to hear. Even if your restaurant does not flood, grease in sewage pipes cause the restaurant to smell and will draw fines from inspection agencies.

Where Does FOG Come From?

FOG can come from marinades, sauces, meat scraps, ice cream, fried foods, cooking meats, butter, gravy, mayonnaise, salad dressings, and more. Basically any food that isn’t good for your health probably isn’t good for your pipes’ health either. Solids can be anything, but especially any inorganic fiber can greatly increase the rate at which these form: for instance in the formation of London’s fatbergs, wads of baby wipes were found holding together the core.

Yes we do! The following statistics have been compiled from Innovare Enviromental, a California-based FOG treatment company.

If these statistics surprise you and your business is at risk, give Food Grease Trappers a call. We inspect and service all kinds of grease traps, and can replace underperforming or damaged units. Take a look at our gallery for our previous servicing and replacement jobs. We’ll help you get to the bottom of the problem, and then pump it out.