Vegetable Oil Cars Are Over a Century Old 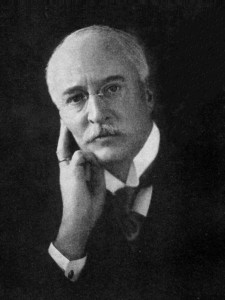 Running a car on vegetable oil isn’t actually a new idea, and is the cause of the most-used industrial engine in the world: the diesel. At the turn of the 20th century an inventor by the name of Rudolf Diesel worked to develop an engine that could be powered by an alternative fuel, as gasoline was not readily available outside of major cities. Planning to market it toward farmers, he made it run on the readily available vegetable oil. During wartime and during the vegetable oil boom of the 80s, many diesels did actually run on vegetable oil, but the proliferation of cheaper oil meant that most modern models were made to handle petro-based diesel instead.

Energy Crisis of the 2000s and WVO Recycling

In 2005 most of us would have scoffed at powering a car with used vegetable oil. After the price of crude doubled (and for a while tripled) and the cost at the pump became too great for many, some searched for alternative fuel sources for their cars. With some modification, a normal car engine could be modified to burn vegetable oil, and a ready source was waste vegetable oil from restaurants, which would give away the “gross byproduct” for free.

Today WVO is big business. Companies, including our own, now pay restaurants for their used fry oil, providing secured dumpsters and barrels for the oil to be dumped in. Why are they secured? Because WVO theft is a big crime. Companies like Virginia-based Greenlight Biofuels (now acquired by Valley Proteins) say they lose 20% to 40% of their oil to thieves. While prices vary by state demand, waste vegetable oil heft is the copper tubing and wiring theft of the 90s. And with an empty WVO barrel, neither the restaurant nor WVO companies win.

The Future of WVO 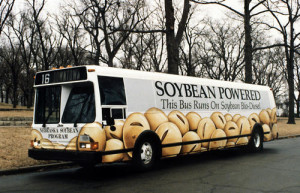 While the lowered gas prices of the recent years has stopped a frantic search for alternative fuel for cars, an effort to reduce carbon emissions has the WVO, and in particular the biodiesel market, doing strong. Biodiesel, treated VWO which is sometimes blended with petrodiesel, has seen a large increase in use in public transportation as an effort to go green (biodiesel produces less air pollutants). Most WVO and biodiesel today are modern commercial setups, part of the local community and green services.

Are you interested in partnering with a WVO pickup service for your restaurant? Call the Food Grease Trappers: we offer secured oil receptacles and special programs to combine your WVO and grease trapper services into one easy plan. Contact us for more information and get a free consultation on which services would work best for you.