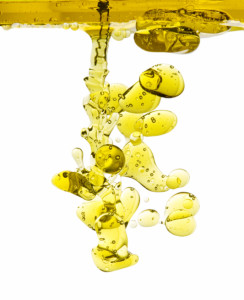 Left untreated, the wastewater from a restaurant will not only damage the restaurant, but also the city’s water pipes and wastewater treatment plant. It’s one of the major reasons cities and counties have fines in place for restaurants to pre-treat their wastewater before it enters the sewers. However, this is more than just avoiding city fines: when your kitchen’s pipes clog, it can shutter your restaurant as wastewater and potentially even sewage flow back into your restaurant from the pipes. To understand the value of grease traps and interceptors, it’s important to understand how FOG (fats, oils, and grease) become an issue in the first place.

In a most basic way, all three aspects of FOG have the same issue because they behave the same in water. When they are hot or warm, they are a liquid, but as temperatures cool they quickly become a solid. Water is used to clean them away, and these oils are notorious for separating from water. What was once liquid and mixing freely with your water quickly gathers and congeals in the cooler pipes that run beneath your restaurant and into the wastewater sewer. From there it either:

Let’s take a closer look at the byplay of water and oil, which take on four different forms that can cause their own problems and even defeat the mechanics of grease traps.

Free oil describes the most conventional type of water and oil, where the oil is separated from the water and will rise to the surface. Thankfully most of the oil that passes through your restaurant is this variety, and is what grease traps and interceptors are designed to deal with.

Oil that had been intensely agitated along with water can become mechanically emulsified oil, where the oil is broken up into very small amounts (20 microns or below). While in this state the oil behaves like water, but will eventual separate and the same issues will arise. This type of oil occurs with high amounts of agitation (such as a disposal) combined with high temperature and pure vegetable oil.

When mixed with alkaloids such as detergents it will become chemically emulsified, with particles measuring below a single micron. Due to the chemical nature, the oil usually doesn’t separate over time, meaning that all this is passed onto the treatment plant. To avoid this, use detergents that are labeled as allowing quick oil and water separation.

Oil can in fact be dissolved in water, generally by the use of degreaser solutions. Besides these chemicals and oils having to be removed at the treatment plant, they are also dangerously strong, posing a hazard to those who use them and surfaces they come in contact with.

Now that you’ve learned about the problem, it’s time to look at the solution. Contact the Food Grease Trappers, New England’s premier grease trap installation and maintenance service. We’ll help you understand your county’s laws, the right grease trap solution for your restaurant, and work up the right training and scheduling for you and your staff. We also do Waste Vegetable Oil collections!