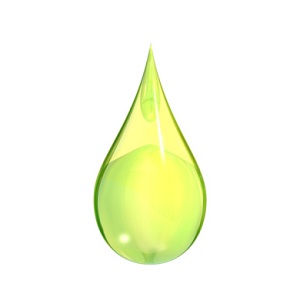 What is biofuel? Biofuel is one of the many new waves of green energy. It’s created through a process called transesterification, which takes waste vegetable oil (WVO) and converts it into a petro-fuel or diesel alternative. Over the past few years, use of this vegetable-based biofuel has only increased, and is actually very valuable, often attracting thieves. The reason for its high value is because it can be used so readily. Biofuel can be used to fuel machines on its own with a special engine, but it can also be used in petro-biofuel mixtures. These mixtures can be used in regular diesel engines, with no adjustments to the engine needed. That makes it not only clean, renewable, energy-efficient, and American-made, but convenient as well. There’s also evidence that it’s even safer than regular fuel! Learn more about the current and future of biodiesel and biofuel.

According to Biodiesel.org, school districts in New Jersey, Illinois, Nevada, Arkansas, Arizona, and Virginia have already all converted to using some kind of biodiesel blend in their school buses, and have been using the fuel since as early as 1997. This has the potential to become a big change in the coming years as biofuel becomes more and more popular as a home-grown, renewable fuel source. With approximately 440,000 school buses traveling roads across the country every single day, that’s a huge potential market and a great opportunity to help make America’s air cleaner.

Biofuel is also starting to become more popular in transit systems like public buses and maintenance vehicles. One notable company is LYNX, out of Orlando, Florida. All 268 LYNX buses run on biofuel, as well as their supplemental vehicles. With these buses making a total of 85,000 trips each day, that’s a lot of pollution being curbed! Biofuel is now becoming popular on college campuses, including Harvard, Harvard, Northeastern, University of New Hampshire, University of Washington, and many others now use biofuel in their vehicles.

Farmers are one of the most enthusiastic markets for biofuel, already having spent about $25 million on the technology in checkoff dollars. Because biofuel is so easy to use with equipment that already exists, and it’s not only greener but safer than regular fuel due to its higher flash point. It’s also more attractive to heavy machinery users due to its lubricity, which cuts down on wear and tear on engines.

Not only is biofuel penetrating these three markets, but the mining, airport, electricity, and heat industries as well as many others. Soon, it won’t be uncommon for most people to have their cars run on biofuel. Capitalize on this emerging technology, make use of your waste vegetable oil, and help the environment all at once with Food Grease Trappers. We offer secure storage and pickup of your establishment’s waste vegetable oil. We are all a full-service grease trap and interceptor installation, maintenance, and cleanings. Call today for a free consultation!