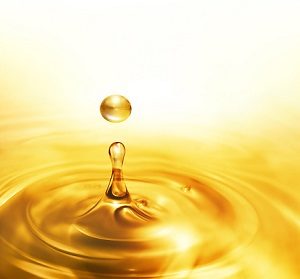 A restaurant produces a great thing: food for appreciative guests. However, along with the produce and toil to make this food also comes kitchen waste. Part of this waste, known collectively as “grease”, is both something that needs to be properly intercepted and disposed of, but can also be resold as a product. The trick is understanding the differences between the two parts: yellow grease and brown grease.

The term grease is a general term for restaurant byproducts that generally don’t make it into the garbage can. Separately these are known as FOG or FOGS: Fat, Oil, Grease, and Solids. You can read the full articles in the previous links, but they are also outlined below.

Generally speaking, these things leave your kitchen one of three ways: either by the garbage, as Waste Vegetable Oil (WVO), or accumulated via your Grease Trap or Interceptor. The latter two are the groups yellow grease and brown grease, and knowing the difference can save you money.

Yellow grease is an industry term for recovered vegetable oil from restaurants and other meal preparation places (hospitals, etc.) which can be reused in other industries. It goes by several names, including used cooking oil (UCO), used vegetable oil (UVO), recycled vegetable oil, and waste vegetable oil (WVO). If your restaurant produces a significant amount of yellow grease from a deep fryer or recovered from a grease trap fitted with a grease recovery device, you can sell this oil: to be used in everything from the manufacturing of products to biodiesel.

In the recycling industry, “Brown Grease” refers to the material found in your grease interceptors and traps: a combination of grease, oil, fats, and solids along with chemicals, that are washed down your kitchen drains and stopped before hitting the city lines (the reason why these devices are mandatory in New England and most of the rest of the US). Since this is a combination of rotting food and grease (sound disgusting? You probably wouldn’t like our informational photo gallery), it is generally categorized as a “septage”, and has to be disposed properly by experts.

At Food Grease Trappers we’ve got a long history of serving New England restaurants and other facilities in the city and state regulations of grease traps, proper maintenance and regular service on their interceptors and traps, as well as Waste Vegetable Oil services and collection. Whether you’re looking to get a new trap, perform regular or emergency service on your interceptor, or want to start turning a profit on your used cooking oil, contact us and receive your free consultation today.