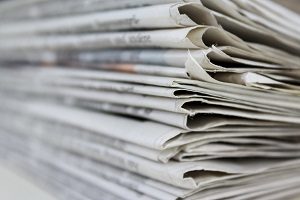 While grease traps aren’t usually news worthy in themselves, the problems they can cause when not maintained or installed improperly (or when not installed at all) are. Below are three stories about grease traps in the news, and why it’s so important for restaurants to keep them up to spec.

February 27th: In the Manitoba providence of Canada, not all is well for Bill Fugler of Westminster Avenue’s Neighborhood Bookstore & Cafe. For the last two years, the owner has been in a fight with a City of Winnipeg, who have ordered him to install a grease trap if he wishes to operate as a food-service establishment. Canada, which has similar rules governing wastewater from restaurants and the high FOGS (Fats, Oils, Greases, and Solids) that they carry. Fugler had applied for a wavier, which the city agreed to if he used disposable plates and cutlery and assumed all liability for damage caused by FOGS to his establishment. Looks like he’ll be switching to disposable containers, something that over time could become more costly than the trap he was ordered to get.

Lake Worth: Hot Mess as Grease Trap Overflows Into the Street

February 20th: In Lake Worth, Florida, the streets ran brown as a grease trap tank overflowed outside the Mulligan’s Beach House, prompting street maintenance workers, storm water staff, and other city services to step in and clean up for over 5 hours. Traffic had to be diverted for over 4 hours while the majority was cleaned up. Now the restaurant could be seeing some hefty fines, not only for the grease trap failure, but also the bill for cleanup costs which includes pressurized cleaning of the affected sidewalks.

February 7th: For grease traps, regulations and enforcement of those regulations differ from county to county. In Chestertown, Maryland inspections are done by the City Utilities Manager Bob Sipes, and his most recent visits to local restaurants have not yielded good results. All recent visits have turned up a lack of maintenance and cleaning, with one of the traps having not been cleaned in seven years. He went in front of the town council today to urge harsher penalties to encourage compliance. After including an educations component to the program, the council and mayor gave Sipes the go-ahead to research new enforcement methods. It could be your town next time.

The above three stories in February are only the tip of the iceberg (or should we say fatberg?) when it comes to the problems that can arise from the lack of grease trap installation and maintenance. Regardless if you’re in a big city or a small town, it’s important to know the rules when it comes to grease traps for your restaurant and to make sure you’re compliant with them. We can provide a free consultation on your problem and how to handle it, from servicing to installation. Contact the Food Grease Trappers today to get started.