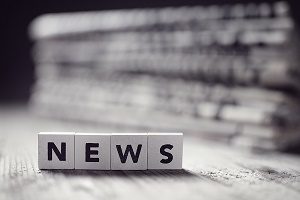 Summer isn’t even half way over, and already businesses around the US are finding grease traps in sticky situations when it comes to them, grease traps, and the necessary maintenance for them. These following stories from June and July show exactly why it’s so important to keep your grease traps clean. And if you’re a restaurant that currently doesn’t have one? You’ll see some stories about why it’s so important to plan and budget for one, because eventually you will need to get one.

June 9th: While Florida may be a laid-back state, at least in Largo the sewers are stressed. A city ordinance was passed last October, requiring restaurants to install bigger and better grease traps to screen more grease and food from their wastewater. One restaurant, a two-person owned and operated sandwich shop called Gulf Coast Po’ Boys, needs to install a new 750-gallon grease trap – a costly underground installation. One they don’t think they can afford, leaving them in legal limbo.

Granger: Tracing the Grease Source in a Cozy City

July 9th: The city of Granger, Indiana is a small town with a small-town sewer system. However, this 150-user system has been raising red flags for Michigan, who transports its wastewater to their treatment plants. Not only does the grease clog pipes, but it also creates corrosive hydrogen sulfide, which Michigan is requiring they reduce to continue transporting the water. The issue is compounded by the small user size of the system, as the water stays in the pipes longer and produces more corrosives. Now it’s up to local inspectors to interview the 20 businesses (not just restaurants, but also two schools and a grocery store) of the town to see who does and doesn’t have proper grease traps.

July 26th: While most cities already have grease trap ordinances, new ones are getting them every day. Take the city of Breckenridge, Colorado, whose city commission rolled out a new grease trap ordinance to cut down on the wear and tear of the sewer, but also the local environment. “When grease never gets treated it basically settles in the sewer line and goes out into the creek. It’s pretty much a hazard,” said Breckenridge Public Works Director Houston Satterwhite. Non-residential grease producers need to install a grease trap – or else. Fines of $400 to $750 can be leveled at businesses, not an insignificant amount of money for small businesses.

The above three stories this summer are only the tip of the iceberg (or should we say fatberg?) when it comes to the problems that can arise from the lack of grease trap installation and maintenance. Make sure to check out our February Edition as well. Regardless if you’re in a big city or a small town, it’s important to know the rules when it comes to grease traps for your restaurant and to make sure you’re compliant with them. We can provide a free consultation on your problem and how to handle it, from servicing to installation. Contact the Food Grease Trappers today to get started.