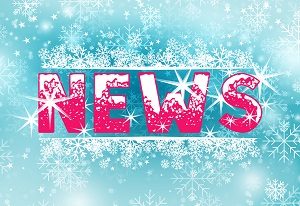 As we reach the end of winter and dig ourselves out of the most recent nor’easter, let’s look back on how grease traps and their restaurants have been fairing. For some restaurants winter (especially bad winters) means a decrease of customers and therefore less strain on the grease trap. While many cafes see are flocked by natives and tourists alike, and the holidays themselves can lead to surges of celebrations that can strain restaurant grease interceptors and wastewater systems alike. It’s a mixed bag.

London: A Celebration of Fatbergs

December 21st: Remember fatbergs? We covered them in the past, especially the massive 130 ton one that was christened “The Whitechapel Fatberg.” This December saw London and the surrounding towns run a campaign to avoid creating another. England has new laws regarding restaurant wastewater, and even less enforcement, leading to these situations. Though they are improving, as proven by a 9000 pound fine against an Indian restaurant which caused fat blockages in the local pipes of Shrewsbury.

However, they aren’t resting there. Catapulting prevention into the public eye, the Museum of London has decided to showcase a slice of the Whitechapel Fatberg. It’s proving to be a big hit, with visitor numbers doubling for the first month of the exhibit. While the main curator wants to take the show on the road, there’s concern that as the fatberg dries, it will literally fall apart.

Decatur: A Failure to Factor in Grease Trap Installation

January 9th: A Georgia pizzeria is closing its doors as the DaVinci’s Pizzeria chain pulls out of the city of Decatur amid financial woes. Owner Jason Black counts many hidden costs leading to the downfall of the expansion into this city, including a remodel that became a huge money sink. “What we thought was going to cost us $60,000 to $70,000 ended up costing us up to $400,000,” Black said. Those costs included getting the kitchen up to code, including the installation of both new plumbing and a grease trap that was up to current county requirements.

This story is a good example of the importance of getting a consultation on a location before you buy it. While a restaurant might look like a steal on the surface, getting it up to code can be a large money sink, and things like grease traps are often overlooked. Check out our blog, Consult a Grease Trap Service Company During the Design Phase, for more details.

February 14th: In our last grease trap news update, we talked about the tragic passing of a 3-year-old who fell into an unsecured grease trap and drowned in Huntsville, AL. The Alabama Senate passed a bill in February to make sure that doesn’t happen again, requiring all restaurants to have a lock or other such security mechanism and be heavy enough to prevent accidental opening on grease traps. The bill has been amended to be called the “Sadie Grace Andrews Act” after the child.

Grease traps keep popping up in the news. Make sure your restaurant doesn’t. Food Grease Trappers are experts in the field of grease trap maintenance and waste vegetable oil (WVO) collections for the foodservice industry, and we have been doing so for over 20 years. If you need assistance with your grease trap in New England, make sure to contact us.