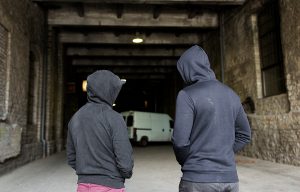 Waste vegetable oil has become a hot commodity, as biodiesel and other oil-based products have increased in value. Unfortunately, with every valuable product – especially those stored outside – comes the unwanted attention of thieves. While one can make a pretty penny on waste vegetable oil (WVO), stealing the product can be far more costly. In this blog, we’ll discuss the costs of cooking oil crime and how to prevent your business from falling victim to these thefts.

The Costs of a Cooking Oil Crime Reported in New Jersey

According to WFMZ, on Monday, April 5th, authorities happened upon a New Jersey man amid an oil heist. The man had opened the oil storage container in the rear of a restaurant, connected a pumping system, and intended to steal two drums of oil, presumably to sell on the black market or to a renewable energy entrepreneur. While he could’ve fetched a good price, the charges he is now facing far outweigh the worth. The perpetrator faces charges of attempted theft and possessing an instrument of a crime, which could potentially amount to over $10,000 in fines and a 5-year prison sentence.

Protecting Your WVO from Theft

According to the Washington Post, the National Renderers Association estimates $75 million of cooking oil is stolen each year, revealing that it’s not an isolated crime. Given this statistic, you need to enact measures to keep your WVO safe, such as:

In addition to taking these precautions, it’s also beneficial to be wary of fake WVO companies. These are companies who will charge you a fee to collect your oil, promising a return on investment, only to disappear.

It’s clear to most that the costs of cooking oil crime don’t outweigh the risks, yet it doesn’t deter criminals from attempting it every day. It’s important you sell your WVO to a dependable and attentive company. At Food Grease Trappers, we take our WVO program seriously, provide our customers with locking barrel lids and dumpsters, and only sell to companies who work to better the local community and environment. We even provide grease trapper maintenance and collection. If you’re interested in taking advantage of our competitive WVO program or simply require grease trap services, contact us today.