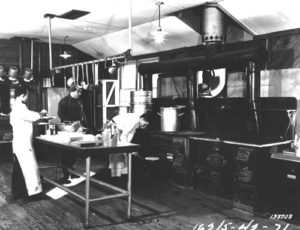 For many of those who work in the grease management industry, either on the receiving end like ourselves or the producing end like restaurant managers, associate grease traps and interceptors as an excess of oil, not as a scarcity. But while today grease traps are mandatory to protect the infrastructure and environment, their rise to import at the beginning of the 20th century was for the exact opposite reason: not enough grease. Ken Loucks of Interceptor Whisperer fame goes over this in detail in his article Born of necessity, the mother of invention, and we break down some of the basics below. END_OF_DOCUMENT_TOKEN_TO_BE_REPLACED