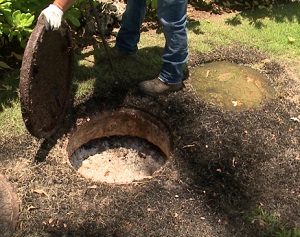 Grease traps are mandatory in many parts of the country, with their regulation changing from state to state and even county to county. However, the reasons behind this enforcement remain the same regardless of where you are in the country. If a restaurant doesn’t have a grease trap, the right grease trap of appropriate size, or poor maintenance of the trap, it can land itself in hot water with the city. Worse yet, it can even damage their sewers and itself in the process. Today we look at three recent examples from across the nation about restaurants getting into trouble with the city over their grease traps or lack thereof.

When grease goes down the drain, it ends up somewhere. A country club in Hobart, Indiana is finding out the hard way as one of the city’s treatment plants has cried foul. The plant, which treats sewer water from the country club and surrounding subdivision, is having trouble keeping up with all the grease from the club (four to five inches each treatment cycle). The city has put the country club on notice that unless they install a grease trap to remove this grease from the system, they will have to take action to prevent sewage issues to the subdivision as a whole.

Hawaii is known for a beautiful vacation destination: not puddles of grease. However, recently dark sludge-stained the grass in Ward Centre, Ward Village around Ala Moana Blvd is detracting from tourism. This greasy stain was due to a leaking pipe and service hatch to a grease trap that was far past regularly scheduled servicing. The standing puddles of oil and sewage brought down Department of Health inspectors and possible fines on the local restaurant, as a possible health hazard as well as an eyesore to the boulevard and nearby businesses.

The relations between a pizzeria and Bay City in Michigan is strained after their basement has flooded for the third time in as many months. Wearing pipe infrastructure has been further complicated by an insufficiently sized grease trap that is due to FOGS clogging the pipe, restricting the flow, and causing sewer overflow when heavy rains occur. Once the pipes are replaced, the restaurant owner will have to replace the grease trap to avoid these issues in the future.

Making sure your restaurant has the proper grease trap installed, maintained, and serviced is more than just the rules. It helps you avoid not only getting in trouble with your city and its treatment plants, but also from damaging the sewer lines of your community and even your restaurant. If you have any questions about your current grease trap, sizing for a new one, or maintenance and service: contact Food Grease Trappers. We can provide a free consultation and help make sure you’re not only up to code but also have the right tools for your restaurant.