It’s almost a new year! Let’s look back on the fall of 2019 for all the interesting and demonstrative news around this one product. Welcome again to Grease Traps in the News, your one-stop-shop for all things grease-trap related, from all parts of the US and beyond. As always, we’re highlighting the various issues that can arise around grease traps from breakthroughs and successes to issues that hurt businesses and the communities around them. This time around, we’re covering everything from sewer overflows to using restaurant grease in creating methane gas.

September 23rd: How often can you do the same thing expecting a different result? This Californian Denny’s has had nine sewer overflows since 1997, according to the Costa Mesa Sanitary District. This is a big problem for the city, but they are hesitant to mandate a grease trap installation. “We’re trying to be business-friendly,” said the board, after a 3-2 vote eased back the recommendation to install a grease trap, instead giving the Denny’s one last chance. Instead, they have to have their pipes undergo hydro jet cleanings each month. One has to ask: at what point would it be cheaper for all involved to install a grease interceptor.

October 1st: As we talked about in our previous Grease Traps in the News edition, the death of 3-year-old Bryce Raynor in Monroe County ignited a local conversation about grease trap safety. The answer was signing into law “Bryce’s Law,” requiring inspection of grease traps every year and for new safeguards to be put into place. Before this law, there was little uniform regulation of grease traps in the county, many of which think contributed to the condition of the trap Bryce fell into.

Learn more about grease trap safety in our blog, The Importance of Security for Below Ground Grease Traps.

November 13th: Researchers from NC State and the University of Chicago released a paper detailing a new and more efficient way of using the grease collected from restaurants to create methane gas. While this may not sound like a big deal, finding new uses of grease interceptor waste (GIW) not only moves us towards being more sustainable, it also helps offset costs for both grease haulers and their clients by making their grease more valuable. This process feeds GIW as part of a biosolid slurry to microbes who turn it into methane gas, with the new process allows for 75% of the fuel being GIW.

We hope you and your restaurant have had happy holidays and we’ll see you in the new year. Grease trap problems keep popping up in the news. Make sure your restaurant doesn’t. Food Grease Trappers are experts in the field of grease trap maintenance and waste vegetable oil (WVO) collections for the foodservice industry, and we have been doing so for more than 20 years. If you need assistance with your grease trap in New England, make sure to contact us. 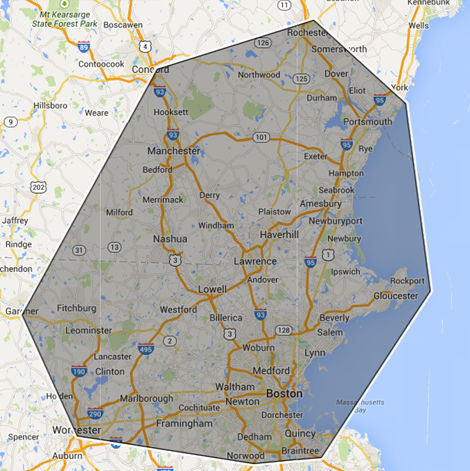